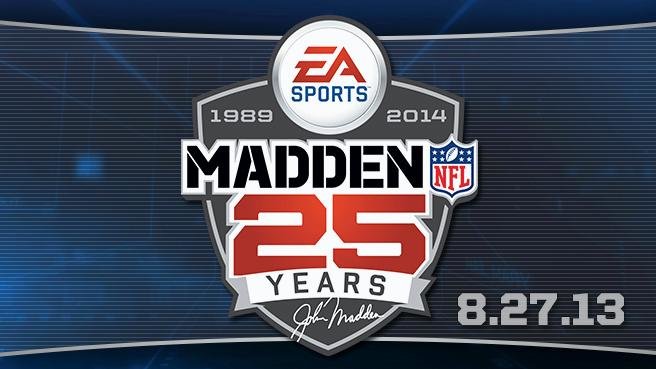 Madden NFL 25 is a promise to gamers who stuck with the series and begged for more gameplay options and features.

On the PS4, it’s a glimpse into the future. With new gameplay, visual engines, and a brand-new step-based locomotion system, Electronic Arts believes the pigskin action will never be the same.

A celebration of 25 years of the franchise, EA Sports spent significant time developing a next generation football game they felt would change the genre. The IGNITE gameplay engine will have approximately 300 “live” characters on both sidelines, reacting to the action, as well as a crowd that looks more “real” than the cardboard cut-outs and static virtual fans gamers have become accustomed to seeing over the years.

“Every individual step in our game is calculated,” Weber said. “In previous games, there were a lot of looping and repeating running animations, without a lot of fidelity in terms of what each individual step would do. Now, with the power of the new consoles, we can make a lot of calculations with every single frame. There will be a precision to every footstep.”

But what about the current consoles? Regardless of the effort the company has put into the next generation version of Madden, EA Sports said all the work on the PS4 edition actually helped refine what may be the last hurrah for the series on the PS3.

Weber said that the run-blocking and locomotion system on the PS3 will be markedly improved because EA was able to transfer over “tidbits” of the new technology to the current generation version. With those improvements and the new and developed gameplay modes such as the “Connected Franchise” and “Owner Mode,” EA Sports is confident they haven’t left PS3 owners out to pasture.

“We wanted to deliver on the promises,” said Weber. “We wanted to add all the depth and polish. 25 years of innovation make Madden 25 the most polished experience we could.”