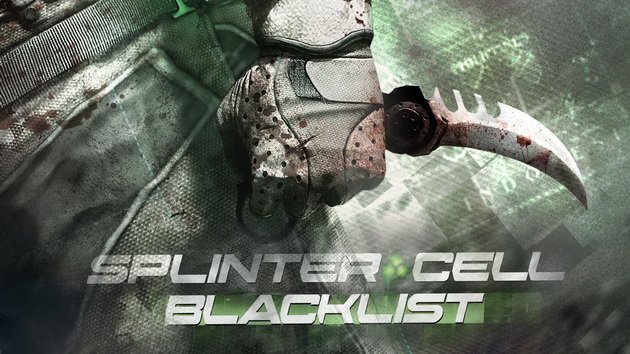 Sam Fisher is back in his latest adventure as stealth agent extraordinaire. His latest outing promises a lot to fans but is it able to live upto the expectations? We’ll find out in our review below.

Splinter Cell: Blacklist isn’t your usual Splinter Cell affair by a long stretch but that isn’t necessarily a bad thing as it manages to strike the right balance between offering you an amazing stealth experience while also ensuring the trigger happy among us aren’t left high and dry.

Sam Fisher is still working for the U.S government but under a new organization known as the Fourth Echelon. The U.S in under attack by an organization calling itself as the ‘Blacklist’ and have threatened to carry out a new attack in the country each week. Your job is to stop them from doing this.

Splinter Cell: Blacklist combines the best features from the series’ predecessors and introduces new elements which ensures that Sam’s latest outing becomes his best one yet. The gameplay is really dynamic and offers you options which allow you to choose between stealth or an assault oriented approach. The gameplay is evenly diveded between both styles of play and you can choose which one you want to lean on before starting every mission via the character customization screen.

The game also features a ranking and score system which analyses your performance after each mission and you’re rewarded with cash based on how well you performed the mission. You can use that money to buy equipment, upgrades as well as customization for your headquater; a plane known as the “Paladin”. The ranking system features three styles of gameplay – Ghost, Panther and Assault.

This ensures that the game packs a great replay value as you can try to complete the same missions using diff play styles. It really adds the extra value that people want in games. While I personally prefer the Panther style, all three styles of gameplay has enough depth to make sure you can master them and complete any mission using either.

However, some sections of the game require that you use Stealth as it’s a Splinter Cell title, and there must be some sequences which remind you of the good old Sam Fisher. The amount of depth in the gameplay ensures that each mission can be approached in a different manner.

The game isn’t lacking in the department of what comprises of a good shooter either. The cover system is really solid, and the targeting is spot on. You can also mark your targets after filling up your execution meter and overall it’s a robust shooting experience.

It also has a large arsenal of gadgets at Sam’s disposal which allow you to complete any mission with whichever way you prefer, be it stealth or a more aggressive approach. The game also has plenty of side missions, all of which can be played either solo or co-op, using split-screen with a second player or choosing your ally online. This really gives the game amazing replay value and enough bang for your buck.

However, co-op isn’t the only online and two player experience you will get in Blacklist. It also has a multiplayer component known as the “Spies Vs Mercs” which can be really enjoying and gives you hours upon hours of extra fun. The mode pits two teams against each other and both are very unique in their approach. The spies team need to hack into computers while the mercs need to prevent them from doing so. While the spies are similar to control as Sam, having access to all the fancy gadgets and equipment you get to play with in the campaign mode, the mercs are heavily armored soldiers, who aren’t as nimble but are very hard to put down. They’re also controlled in the first-person view perspective, making the mode all the more interesting.

This mode can be a really enjoyable experience to pass some quality time with your friends and really adds that much more to the game. Another great addition to what is an excellent game.

Splinter Cell: Blacklist offers you with a bevy of options and manages to excel in all of them. With a rock solid campaign mode, amazing co-op and online experiences and spot on execution gameplay wise, it manages to become arguably the best game in the franchise yet and fans and newcomers alike shouldn’t give this a miss if you’re into stealth-action shooters.

The best Splinter Cell game ever made. Both fans of the franchise and newcomers alike won't regret buying this one.