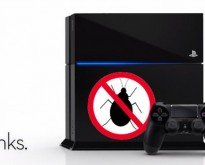 5 Major Issues Sony Must Fix on the PS4

The PS4 has very well proved to be the golden goose that Sony was hoping to produce for years. It’s been almost a fairy tale start for... read more