Dean Hall, game creator of DayZ has spoke with GameReactor. During the interview, Dean talks about the possibility of bringing DayZ to the... read more 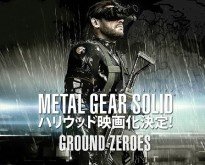 Hideo Kojima is certainly a developer who loves to tease his fans through social media outlets. During the production of his upcoming Metal ... read more