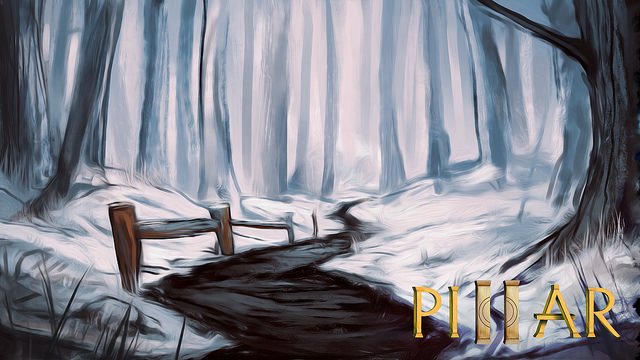 We here at PlayStation Gang recently mentioned a new PS4 game called Pillar. The game will incorporate personality traits with the gameplay. Pillar focuses on different aspects of human personalities. We came in contact with the lead game designer of Pillar, Michael Hicks, to ask him questions about Pillar and about the gaming industry.

PlayStation Gang: What made you decided to make this game?

Michael Hicks:  A few years ago I started to become interested in trying to push video games into a different territory. I was surrounding myself with a lot of films and music that was changing my life. What I mean by that is, some films can give you a perspective of another person that changes how you think about situations. Or some music can be so powerful that it gives you comfort and inspires you to go out and just live life with no fear.

I don’t know of hardly any video games that do that, very very few (Braid, Jason Rohrer’s stuff, Papers, Please). Games are typically thought of as escapist fun, which is fine… but I think they can do more meaningful things too.

I was watching this movie called Magnolia, and something about the structure of that film clicked with me and I said “games can do something like this too!” Then later I started putting that together with the various psychology influences and so on. That’s pretty much the starting point for the idea!

PSG: You only have one partner correct? What were your main responsibilities in making this game and what were your partner’s?

MH: I am the programmer, designer, musician and sound effect designer. I also do any other misc. things like marketing and trailers. My partner is my friend Goncalo Antunes, he handles all art and animations! 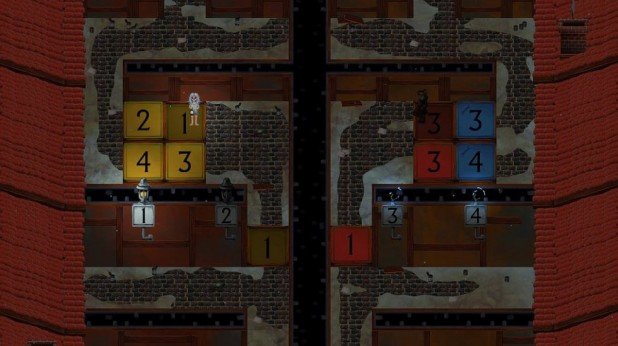 PSG: You mention that you are a fan of psychology, what type of classes did you taken while you were in school?

MH: I took a few basic psychology classes but nothing advanced. I had an interest in psychology before I could take any of those classes. It’s always been an interest of mine, I still read a lot about it in my spare time. I’m definitely a people person and I like trying to understand how people operate and why they do what they do. Honestly, I think it’s one of the most important fields… what the world needs right now is an understanding of other people, no one ever stops to consider the other person, which is why so many people resort to violence over and over again I think. “He’s wrong, I’m right” type of attitude… no one says “gee, I wonder what type of environment that person has come from that has made him behave that way,” which is a question psychology asks a lot.

PSG: Why did you choose the PS4? Any chance Pillar sees a release on other platforms?

MH: Sony has been so amazing to work with… the game was written in XNA, so PS4 having MonoGame support was a huge reason. But honestly, I’ve just heard so many great things from my dev friends about how indie friendly they are… and it’s true! They’ve been nothing but supportive from the beginning. All of the games I’m looking forward to are on PS4 so it just seemed like the perfect home. Other platforms will be announced in the future!

PSG: As a trophy hunter I have to ask this. Will there be trophies? Platinum?

MH: Trophies are planned, but I haven’t actually figured out the specifics yet… haha They should be coming though!

PSG: What was toughest thing about the development process of this game?

MH: Trying to get all of the ideas expressed was hard… but honestly, the hardest part has just been finishing it. I thought the game was done when we announced the PS4 version, but someone sent some really good feedback that made me decide to go back and add more stuff to one section of the game… it’s like this object blocking you, and you throw everything you have at it but it doesn’t budge. After this last bit of polish it should be done though!

PSG: What do you want gamers to take away after playing your game? Will Pillar provide a thoughtful experience that few games provide?

MH: Yeah, there’s a very specific message in this game that’s very important to me… I want people to pick up on that themselves though, if I see people doing that then I’ve done my job. 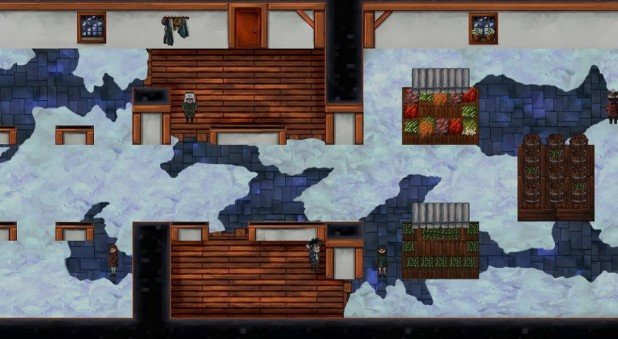 PSG: In your blog post over at PlayStation.Blog you mention that the film Magnolia was a big influence on you, but you also stated “that designing a game like a film is leading us in the wrong direction.” Do you think that too many games are telling their stories in less interactive ways (and more cinematic?) and do you think it hurts the overall gaming experience?

MH: I think the entire field of game design has progressed very little in the last 40 years. I’m not saying there’s been no progression, but compare the focus on tech to the focus on game design. That’s all most people care about, they think when we start pushing more polys and figure out how to make believable AI we’ll be able to make more immersive and more powerful stories. You can clearly see this philosophy in most AAA story games…. the actual gameplay is typical FPS mechanics that we’ve all played a thousand times, then they throw cutscenes on top.

That’s not game design to me, you know? All of my games have been very story driven, but I had to accept a few years ago that this isn’t the way to do it. If I want to watch a movie, I will go watch a film. If I want to interact with a system in someway, I will play a video game. Not to mention that because you have interaction and the player can do a ton of things you can’t really account for, it typically feels awkward to throw on a linear story… Jon Blow has this talk called Conflicts in Game Design that is mandatory viewing if you’re interested in what I’m touching on here. People can usually tell subconsciously that they’re just watching some pre-scripted thing, they don’t feel like they are truly in control if that makes sense… even though they should be since they have a controller in their hand.

I’m very much a pro-story person…. I think we desperately need more games that have meaning, but I don’t think this is the way to do it. I think a game like Monopoly might be one of the best examples of where I’d like to see games go. The original version of Monopoly, The Landlord’s Game, was made as a political statement – to show the outcomes and consequences of land grabbing. And think about it, you experience exactly that as you play… but you’re not interrupted every time you pass go with a story card you have to read. You know what I mean?

PSG: How does one find that balance? Between story and gameplay?

MH: Well, there’s different ways to approach it I think. For Pillar, the “story” is mostly in the mechanics and what you learn from interacting with things. There’s also some themes and so on that are expressed through the imagery and music… but everything is always based around the mechanics.

But, I also know you could approach this in different ways. For example, I think games like Gone Home do a good job of putting you in an interactive novel type world. That game does a great job of presenting more traditional narrative story I think!

My main complaint is when what you’re doing in the actual game conflicts with what’s going on in the story, this happens a lot I think. For example, think about a game like Bioshock: Infinite where you get these choices at times to be non-violent or violent… you can totally choose the non-violent story cutscenes, but then when the gameplay comes back you’re still forced to kill people. It makes no sense, and I think most people feel that something’s not quite right when this happens.

But really, this is just my opinion… games can do a ton of different things, there’s really no right or wrong way, I just have strong opinions on the types of games I’d like to see. I don’t like being a critic, but I think it’s interesting to talk about it and I have to do it to make the types of games I’m wanting to make! Also, I enjoyed my playthrough of Bioshock: Infinite even though the things I mentioned really bothered me.

PSG: Where do you see the creativity in the gaming industry moving forward? Do you expect more games like Braid, Papers Please to become more mainstream or do you expect them to stay on the indie side while AAA studios focus more on the other things?

MH: I’m not really sure! I mean a lot of music and films that do this type of thing aren’t generally accepted by the “mainstream audience” or whatever… I remember seeing The Master and thinking it was the most interesting thing ever, but pretty much everyone else in the theater was complaining about it and falling asleep.
I think it will be rare to see a AAA studio explore these types of things, because from a design perspective we’re still learning how to do it. The big studios can’t take creative risk because of money, and also because there’s no guarantee that it will work. You can look at statistics and tell games like Call of Duty sell, so they tend to double down on stuff like that.
Also, I think to make things that say something specific immediately lowers your audience reach. Like I was saying about The Master… that movie is very special, but it’s not for everyone. I think that’s the sacrifice you make when you make stuff that has more of a personal voice, if that makes sense. Going around and blowing stuff up and being a hero doesn’t really make any grand statements, so it has wider appeal that way.

We here on PlayStation Gang will keep up to date on Pillar as more information on the game becomes available.