Microsoft drops all Xbox One restrictions – Too little too late

In a sensational turn of events, Microsoft has taken a complete u-turn and has decided to drop almost all its policies regarding the Xbox One which were subject to the ire of fans and gamers the world over.

These include the omission of the 24-hour online check-in requirement, the ability to trade-in games, Xbox One games being region free and the dropping of many more features which were announced during its reveal.

Now, I’m happy that Microsoft has listened to the opinion of the masses and has hence decided to take these drastic steps, removing almost all the features which it promised made the Xbox One stand out; apparently for the wrong reasons given the recent development.

However, as a gamer what I don’t feel amused about is the fact that these are the very features Microsoft were claiming to have made the Xbox One the console it was meant to be – always connected – utilizing the power of the cloud – closed and functional – now what strikes out for me is IF they can just remove all of it at the flip of a switch, why on Earth would they have these features in the first place?

Was it because the Xbox One was to be a better and more powerful console as a result? No, because if that was the case, Microsoft simply couldn’t drop all of these features just because a certain other next-gen console was obliterating it as far as pre-order numbers were concerned. 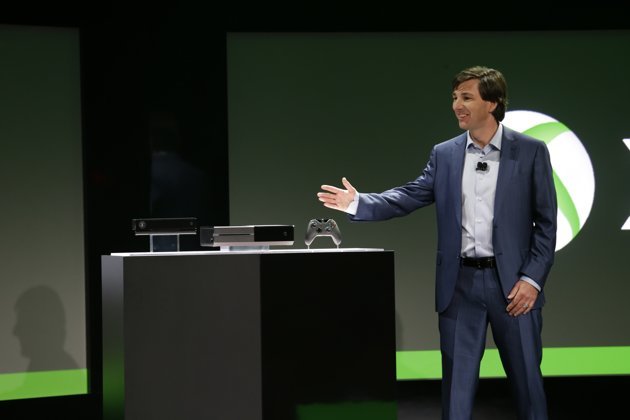 So, before we get all happy and supportive let us look at the finer print. Was the fan outrage the sole reason for Microsoft to completely turn its head and start afresh or is there more to it? Last night, we posted a report about Gamestop dropping the Xbox One pre-orders in stores across the U.S. It might have been possible that retailers were losing confidence in the vision Microsoft had and that made them nervous.

As is evident, pre-orders for PS4 on almost all major retailers were leading by a huge margin to the Xbox One. Microsoft was losing money even before they have started making any. Surely, they read the message on the wall and acted accordingly.

But, what about all their promises about the Xbox One ‘meant’ to be an always-online console. Aren’t they now comprising on the ‘potential’ of the Xbox One by changing everything that it was designed for? That too, near the end of its development cycle whereas the company is already taking pre-orders for it?

The answer is no. The Xbox One wasn’t a special console in the first place. It was a console just like the Xbox 360 or our very own PlayStation 4. The only difference was that Microsoft wanted to shove a bevy of restrictive policies down consumers’ throats, sugar-coating it with lies and claims that it was for the ‘betterment’ of the community.

However, the combined and unified voice of gamers all over the internet has proved that we’re are getting smarter by the day and with various social media sources and other mediums for expressing our voices available, a company simply can’t pull off such bullshit in today’s connected world.

Microsoft was right that we as people are connected today, however they failed to see that we’re connected because we choose to be, not because someone wants us to be. They made the mistake of forcing it upon us, and clearly they paid the price.

However, it’s good to see they see sense and there might still be hope for the Xbox One now, but it’ll take much more than just announcing that they’re dropping a bunch of policies just because they suffered because of it. They will need to regain the trust of the consumer. A battle which will be much harder to win than switching to reverse gear.

Are you happy with these new developments? Share your thoughts below.