Microsoft Responds To Sony’s Trolling: “May 21st Is A Slow News Day”

Sony has called May 21st, the Xbox 720 reveal date, a slow news day and gave everyone a link to their new PS4 teaser.

Instead of Microsoft staying in the shadows, they responded to Sony’s troll comment.

Check out the conversation they had below. 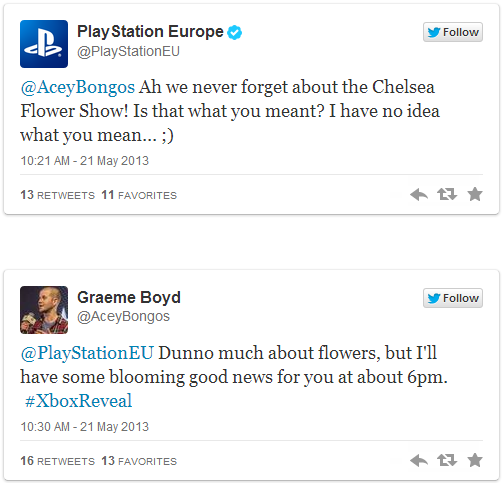 Although the trolling was all in good fun, both companies are trying hard to win video gamers’ money.

Who do you think will win this console war: Sony (PS4) or Microsoft (Xbox 720)? Let us know in the comments!