Sony: The PS4 will have “more in it than what you find in a PC”

The Lead Architect of the PS4 Mark Cerny has been quite busy, where he recently attended the Develop Conference and did an interview with VG247, in which he talked all about the new console.

Cerny explains how the PS4 is “based on custom chips that have a tremendously long lead time,” In a developer discussion back in 2008, “we wanted the focus to be on the games that the creative directors wanted to make, rather than the minutiae of the hardware.”

He goes on to say, “At the same time we have to balance that out with a rich feature set that they can use in the later years of the hardware. The hardware has to grow over time. That’s why I refer to it as a super-charged PC architecture – there’s more in it than what you find in a PC. 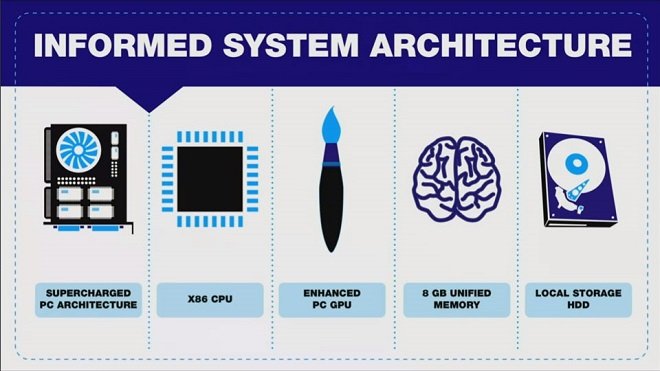 “There are all these customizations, such as what we did to the GPU and other parts of the system to ensure that they would really be these systems that programmers could dig into in year three or four of the console life-cycle.

They will have a chance to “learn its secrets and get progressively better performance out of it,” because the system’s architecture won’t change for many years. He continues, “This is really important because some developers need five years to create a game. The fact that during that five year period the target hardware doesn’t change really allows them to bring titles to the world that couldn’t exist otherwise.”

We can see very amazing games developing in that five year time span from indie titles to AAA games. Cerny says, “they act to balance out [AAA games]” due to “variety of is experience is key to PlayStation 4. I think we’re going to see an incredible variety on PS4.”

It is awesome how Sony came up with this amazing PS4 architecture to prepare for the future of gaming.

Tell us how you think the future of gaming will look like, in the comments below.