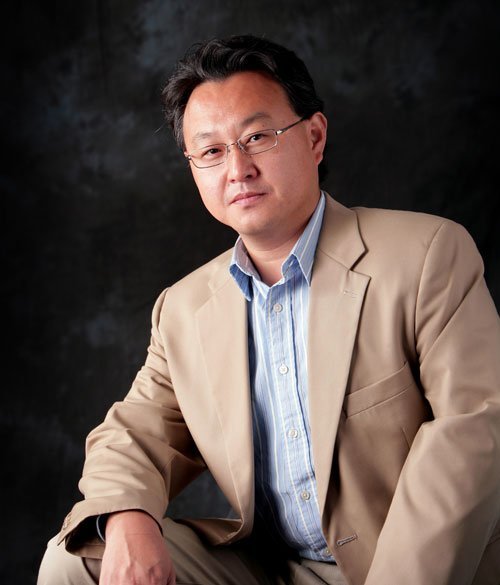 Today during a round table session with media, Sony president of Worldwide Studios Shuhei Yoshida fielded questions about a range of topics concerning the recently announced PlayStation 4 and the growing PlayStation ecosystem.

Check out Yoshida’s comments on a host of topics below.

When you purchase the disc-based games on PS4, it should work on any hardware. So that’s what I’m saying.

No, it’s not. It’s a region-by-region-based decision. Always.

It’s a publisher decision. We are not talking about it. Sorry.

Sony’s decision not to show PS4 hardware during the announcement

I’m sorry we did not show the hardware. But we have plans from now–in February–through the year for the launch. We like to disclose things based on what we think we really want to communicate first. And next time we will talk about these things.

No, it’s not a focus, but it does [support 3D]. More games will run at 1080p and 60 frames per second, so it’s an easier and better experience when you watch on 3D TV. We like what we can do on PS3 using 3D, but now the consumer electronics side [of Sony Corp.] has shifted focus from 3D TV to something else, so if they are not talking about it, why are we?

The official answer is the PS4 supports 4K output, but does for personal content like photos and videos, not games. PS4 games do not work on 4K.

Support for legacy platforms now that the PS4 has been announced

So we have Last of Us and Beyond: Two Souls coming out this year; these are pretty big titles. And after that we haven’t announced any new software for PS3.

The possibility of bringing PS3 titles to PS4

It’s an interesting concept. We’ve been upgrading PS2 games to PS3 with better resolution and better frame rate. And people love it. So I think at some point it makes sense and it’s great for developers to be able to develop some things that they missed or couldn’t get working properly on the older hardware because of the performance to be able to make it better for newer hardware. So we are open to look at that.

So we are saying virtually every PS4 game will be playable on PS Vita via Remote Play. I would be heartbroken if it doesn’t day one. On day one, my expectation is that we have to have all games work on PS Vita.

Whether or not Sony would acquire Quantic Dream

We don’t look at developers in the world who are making great games for some other publisher and say, ‘We have to acquire them.” We never do that. The way we acquire developers, when we do, is the natural evolution of the relationship that develops. When it makes sense, we sign a deal. In terms of Quantic, we worked with them on Heavy Rain, and we are working with them on Beyond: Two Souls, and they are showing something very interesting on PS4. So we are definitely developing that stronger relations and we love them as well.

Personally, I would like to see that. Our PlayStation Mobile is really targeting to do that so smaller developers can really publish from the countries we support. But on the console side, for the PS3 and PS Vita, we still treat publishing like our disc-based model in terms of certification, approval, quality assurance. So we are discussing internally how we can make it a bit more open or a bit easier especially for smaller developers to publish. Because we totally believe in the importance of supporting these smaller developers because they provide really unique and interesting ideas to the platforms.

What the PlayStation 4 Eye Camera is capable of

The PS4 Eye has two HD cameras, and these two cameras can be used in several different ways. One way is to use it for triangulation, so that space in front of the camera can be measured so that when you do this [motions with his hands] the game knows you are doing this. The other way is to make the augmented reality games like Wonderbook, using one camera for the video streaming, the other camera to…optimize for that task.

We totally believe in the importance of supporting these smaller developers because they provide really unique and interesting ideas to the platforms.

Whether or not the PS4 will be region-locked

I know the answer, but I don’t want to be quoted and get a call from my PR guy saying, ‘What did you say?’

Whether or not PSN will remain free for PS4

We totally believe that we want to provide more functionality and more services and more content on the network. And so we are looking at how we are going to structure that. And we are not ready to talk about that.

No. You can quote me on that.

Whether or not the PS4 will make another appearance before E3

Whether or not The Last Guardian is still a PS3 game

I’m not ready to talk about it. Sorry. Because we’ve broken promises [before], we are waiting for the right time to reintroduce The Last Guardian.

You are asking the wrong person. I have some knowledge, but I’m not in a position to talk about it.