PayDay 2 director is calling it quits and is deciding to leave the big studios and AAA video game releases. Instead, David Goldfarb, is look... read more 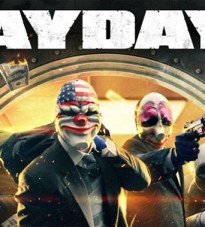 Payday 2 Coming to PS4 and Xbox One

Payday 2 is coming to Next-Gen consoles PS4 and Xbox One entitled Payday 2: Crimewave Edition. According to the developer, Overkill, the ... read more