The Amazing Spider-Man 2 is an upcoming video game developed by Beenox. This title will be released coincide with the release of the featur... read more 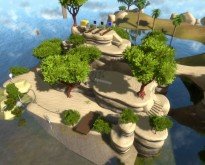 You may recall The Witness, a game which was presented during Sony’s PlayStation 4 announcement event. This is an upcoming puzzle titl... read more