Tesco Direct doesn’t say much about the next Call of Duty title except that it will be rated M for Mature (18+) and released November 4th, 2013.

Call of Duty: Ghosts was also listed on Xtralife, a Spanish retail site, for $87.38 and dated for a November 11th, 2013 release. You can view the screenshots below, courtesy of MAG. 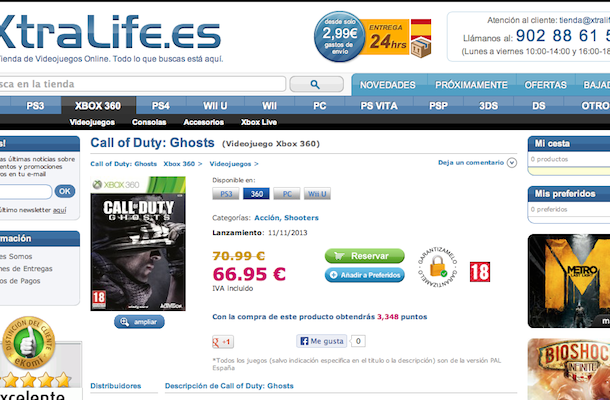 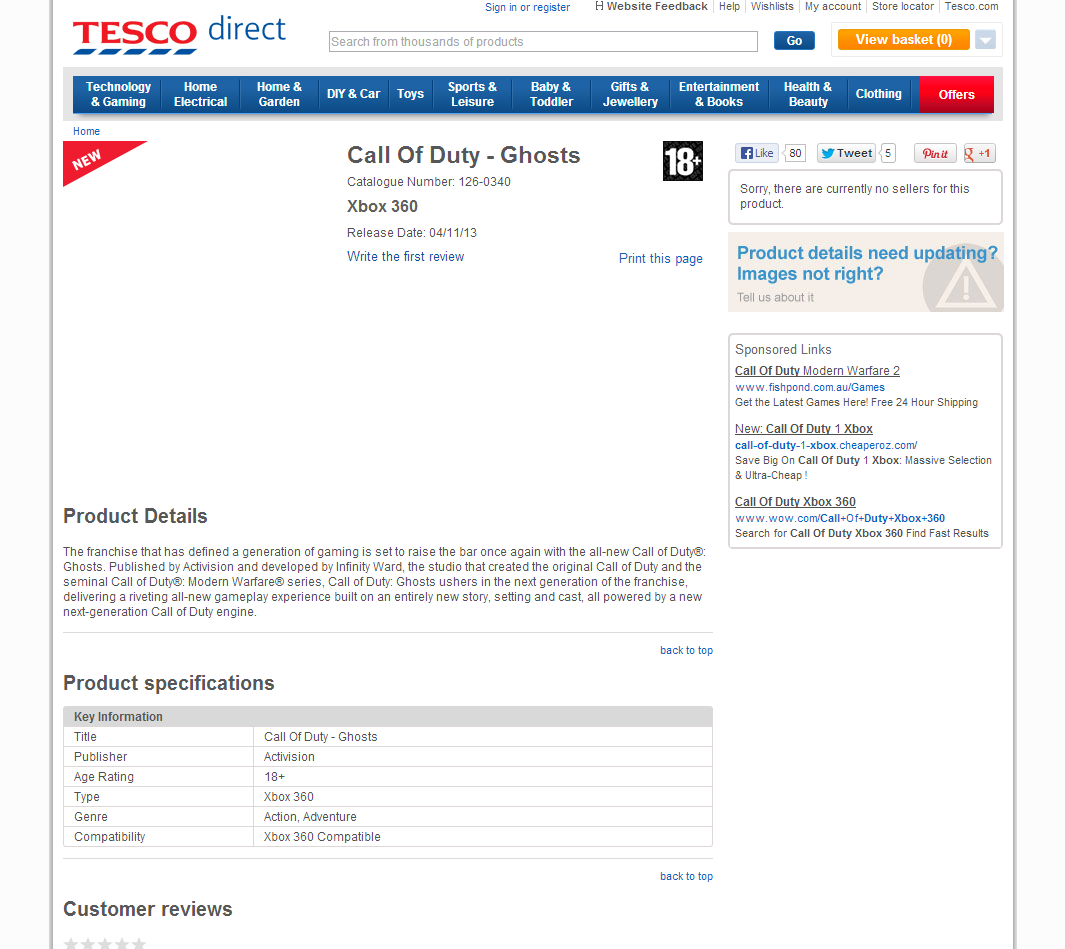