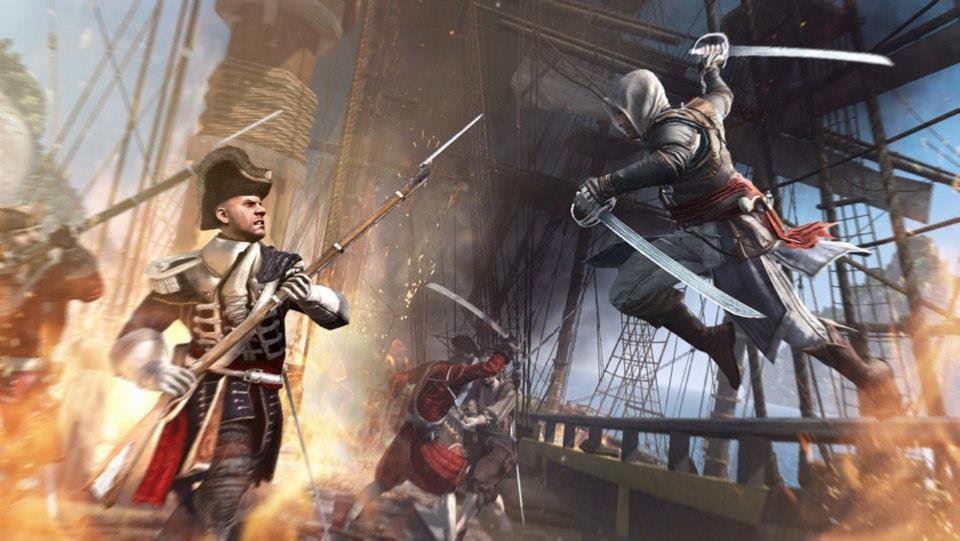 Ubisoft doesn’t want you to see AC4 as a sea game because it’s not. They have taken the opportunity to let the player be more part of the story. Now, the player is the hero instead of just the character.

As you play the game, you’ll meet a variety of real historical pirates such as Blackbeard, Ben Hornigold, Charles Vance, and Calico Jack.

AC4 was meant for the PS4, but they are releasing it for the PS3. A team of programmers have been working on the next-gen element of the game. The game has been in development for 2 years.

Below, you can read about all the details Ashraf Ismail, creative director of AC4, shared with us. You can also take a look at some screenshots here.

The main character is Edward Kenway (Captain Edward) who is Connor’s grandfather. He starts off as a pirate. He is charismatic, charming, and selfish. He can hold 4 pistols and 2 swords. Before he can hold 4 pistols, you have to upgrade him.