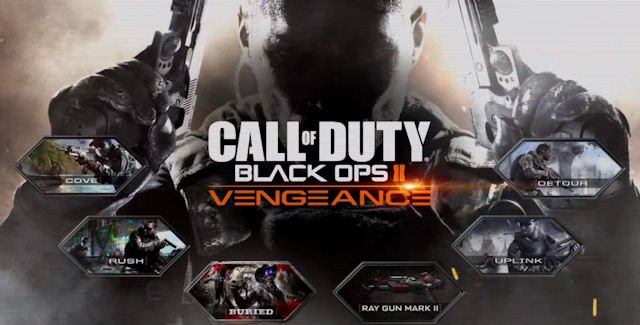 Activision has announced that the ‘Vengeance’ DLC will be released next month in August. It will be available August 1st for $14.99, and should be free for users who bought the $49.99 season pass. The DLC will have 4 new multiplayer maps: Cove, Detour, Rush, Uplink and also a new Zombie map: Buried.

Black Ops 2 released last year and is still going strong on the PS3. Activision will be releasing another Call of Duty title this year, Call of Duty: Ghosts. It’ll come out in November.

Keep checking back to stay updated.