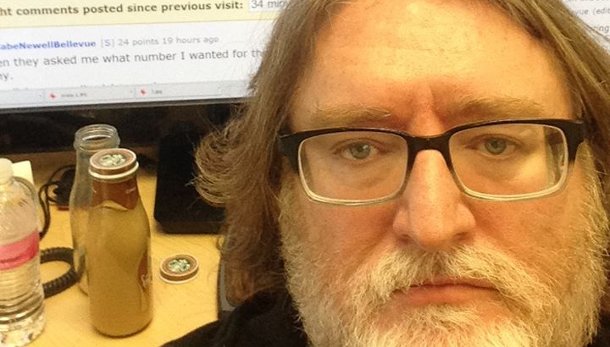 One of the more popular sections within Reddit is AMA where fans can get a chance to hold their very own interview with celebrities, politics or anyone they find an interest in talking with. In the past, there have been countless video game development teams who held an AMA where fans could ask different questions on their work. Recently, Gabe Newell was to hold his very own AMA on Reddit yesterday.

If you flocked to Reddit to ask a question or in hopes that some light would be shed on Half Life 3, you were out of luck as there was no sight of Gabe. Apparently, there wasn’t any update as to why the sudden disappearance of his Reddit post. However, the mods of Reddit did take note as to what will happen when Gabe does decide to hold an AMA with the post reading as follows.

Hey everyone: just wanted to give you an update on the status of Gabe Newell’s AMA.

Earlier this morning, he posted an announcement saying that he was planning to host an AMA later this afternoon (4 pm EST, 1 pm PST). The moderators responded with information about how to submit his AMA when the time comes, which we normally do with announcement posts. The thread was then locked the thread (disallowed new comments) and removed all other comments so that this information would be the only thing visible, making it easier for him to find.

Unfortunately, since then, no one has heard from Mr. Newell. We’ve been constantly monitoring his Reddit account, and the admins have reached out through their contacts at Valve. But unfortunately, after an hour of waiting, we have been unable to confirm anything. It is possible that he intended to answer on a different date (which does occasionally happen sometimes).

We’ll keep you all up to date, but we know this was anticipated so we wanted to make sure you know what happened. When we do get in touch with him, he will either create a new AMA, or possibly will be added to our calendar, so keep an eye out both there and the /new queue. Just to be clear: there is no indication that the AMA is cancelled; just that we don’t know when he plans to actually come answer questions.

Thank you all for your patience, and we’re all looking forward to this AMA.

For the mean time, you can keep track of the Google Calendar that will show just what AMA’s will be held on what day along with the time. When Gabe decides the AMA is on, Reddit will have a date posted on when you can join in on the fun and ask some questions in hopes they will receive an answer.

We’ve All Done This Before