The Game of the Generation Edition be available for $130, will have all items from the Super Dangerous Wub Wub Edition, and also all the in-game items from Commander in Chief pre-order bonus. There will only be a stock of 5,000 copies to sell worldwide.

The game will launch August 20th in North and Latin America. All other countries will release the title on August 23rd.

The Game of the Generation Edition contains the following items: 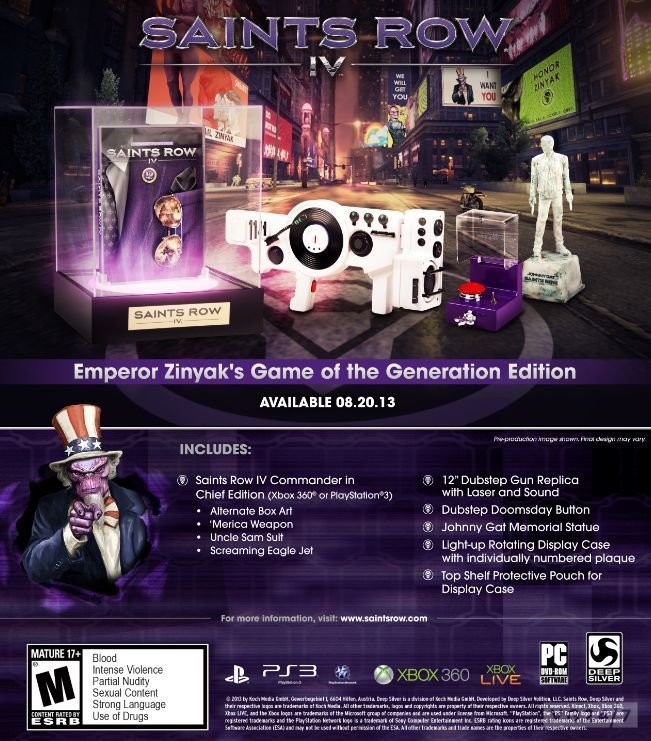