SpongeBob Reaction Over The PS4 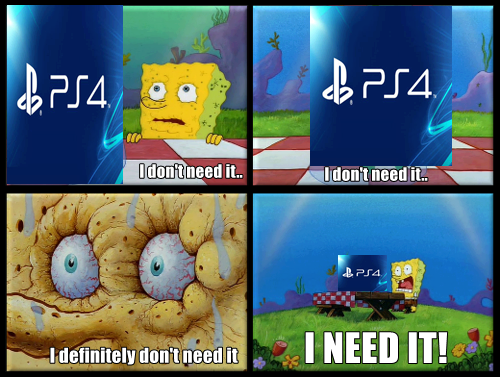 I found this picture very funny and pretty accurate because its pointing out the truth. Many folks claimed they don’t care about the PS4, however, some can’t resists the awesomeness of PS4 and  how the PS4 push the boundaries of play.