Beyond Good & Evil was first released back in 2003, and since then has been HD re-mastered and released in 2011 to the PlayStation Network and Xbox Live. The adventure follows investigative reporter/martial artist Jade who is an on a mission to expose a worldwide alien conspiracy.

Even though the game was a commercial failure, they actually received positive reviews from critics and were even nominated for awards, winning a majority of them. At the 2003 E3, Beyond Good & Evil was acclaimed as “one of the best titles on display” by Official US PlayStation magazine and PlayStation magazine.

Ubisoft might be announcing a sequel for the game during E3 for the next-gen consoles. On Ubisoft’s Facebook page, they released the picture of the character Pey’j and captioned, “We’re a bit busy prepping for E3. Time to call in some reinforcements. (Points if you remember this classic character!)”

Check out the screenshot below: 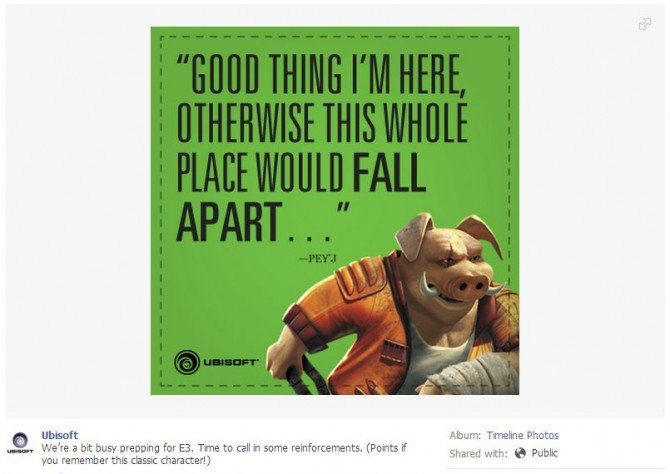