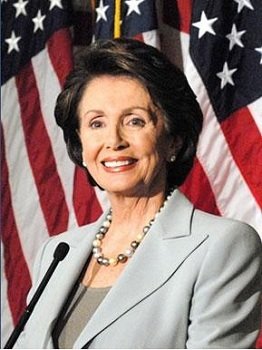 House Minority Nancy Pelosi has spoken out  and believes the connection between video games and good gun laws, not media censorship, will prevent violence. During an interview with Fox News Sunday, Leader Nancy Pelosi challenged that fantasy violence and real-life do not necessarily correspond .

A host of Fox News Sunday, Chris Wallace talk to Pelosi about there was already a sufficient evidence to damn the movie and videogame industries.

Pelosi responded “I understand what you’re saying,”  “I’m a mother. I’m a grandmother. But the evidence says that in Japan, for example, they have the most violent games [compared to] the rest and the lowest mortality from guns. I don’t know what the explanation is for that except they might have good gun laws.”

“I think we have to do it all, and that’s why we included in there that we have to take a look at what these games are,” she added. “I don’t think we should do anything anecdotally. We have a saying here, ‘the plural of anecdote is not data.’ So we want to know what is the evidence, what will really make a difference here? And I think it has to be comprehensive.”