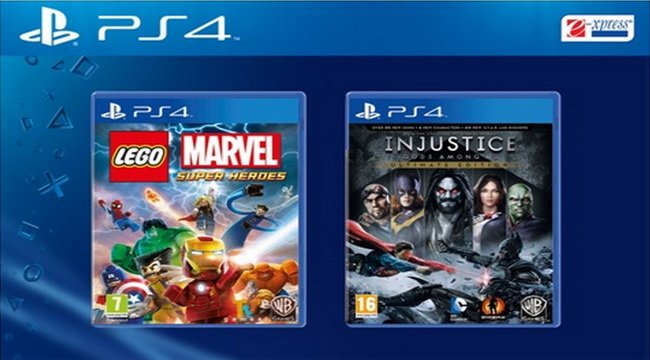 For gamers complaining that PS4 games in India will have steep rates, here are atleast two reasons to rejoice.

Injustice: Gods Among Us Ultimate Edition is a remastered version which will include the original game along with all DLC including Lobo, Batgirl, General Zod, Martian Manhunter, Zatanna and Mortal Kombat’s Scorpion as additional fighters, along with 40 bonus character skins and 60 S.T.A.R. Labs Missions. The game is also bundled with the soundtrack. The game will take advantage of PS4 features like Touchpad functionality, video sharing and streaming, etc.

LEGO Marvel Super Heroes is about a story in which Nick Fury calls upon Iron Man, the Hulk, Thor, Spider-Man, Wolverine and other heroes traverse the Marvel Universe to save Earth from enemies like vengeance of Loki and the hunger of Galactus, Devourer of the Worlds.

We hope this inception of PlayStation 4 games at reasonable rates in India continues with other games too. What’s your take? Which other games should follow such a trend? Do let us know in the comment section.