Why The PS4 Is Not All Hype 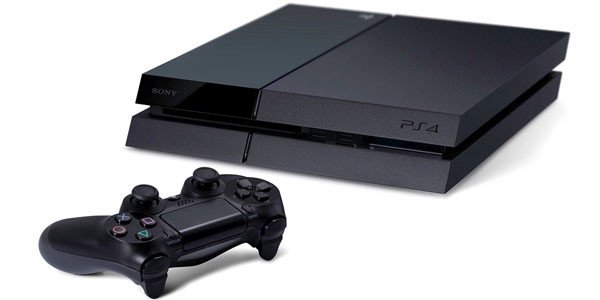 Sony recently announced at GamesCom 2014 that the PlayStation 4 has sold over 10 million units worldwide. After losing their console dominance during the PS3 era, it seems that Sony has avoided the disaster that was the PS3 launch and has learned from their mistakes. Some might think that the PS4 hasn’t lived up to the hype, but Sony is taking the proper steps to ensure that PS4 owners won’t be disappointed with their purchase and to show others why the PS4 is not all hype.

So how exactly has the PS4 outsold the Xbox One? Well the first part had to do with avoiding the horrid PS3 launch. The console launch at $600; people and wallets were worried about paying that much money considering the Xbox 360 was $100 cheaper and already had a one year advantage. This time around Sony released the PS4 $100 cheaper than Microsoft’s Xbox One, and both consoles were out at the same time. Those two big advantages that Microsoft had last generation were neutralized. The Xbox One has since lowered their price and has ditched the Kinect (Did anyone really wanted the Kinect?) and is still struggling to keep up. Sony has was better prepared about the high demand their console will have and were ready for it; well almost. While Sony had some trouble keeping up with the demand of the PS4, it was nowhere near as bad as it was for the PS3. These early factors is why the PS4 is doing so well right now.

On the flip side, it seems that the Xbox One is suffering from some bad press prior to launch. There was the whole no used games sales dilemma that got a lot of consumers upset, so much so that Microsoft backed off their initial plans. Then there was the issue with the fact that the Kinect needed to be plugged in for the Xbox One to function; until it didn’t. Lying to consumers like that is something that will negatively hurt sales, as it should. Microsoft has reversed many things about their policies that it made the PS4  look like a better option. The commitment that Sony has shown with the PS4 and its policies it something that attributed to their great start with the PS4.

Of course this still begs the question; is the PS4 all hype? Well, According to Gilray, the CEO of Just Add Water, stated that the PS4 has better hardware: “the PS4 has more computer units, and faster memory and a whole bunch of things, that would make that [Xbox One / PS4 parity] physically impossible to happen.” At this point, four months after launch, an increasing amount of data suggests that Gilray is right — and that may be why the PS4 continues to outsell the Xbox One at a rapid clip.” It has been apparent that many of the multi-platform games that have been out for the PS4/Xbox One run and look better on the PS4. Even Titanfall, which was supposed to be Microsoft’s big game only ran at 792p.

Along with better hardware and friendlier policies, it seems that what the PS4 promises has gotten a lot of consumers intrigued enough to buy the system. PlayStation Now is a service that will allow PlayStation owners to rent games digitally and stream classics from a earlier time. Now, there is some trouble with the pricing, and it seems that it would be wise for Sony to try to make PlayStation Now into a “Netflix” for video games, but the promise is still there since PlayStation Now is still in beta and might change into a service that is just as good or better than Xbox One’s “EA Access;” only time will tell. There is Project Morpheus that has gotten a lot of people excited and what has been shown so far is that the PS4 has been more “indie-friendly” than the Xbox One and will continue to do so. These promises has swayed some consumers into buying the PS4.

Is there some hype of the PS4 that hasn’t fully delivered? Yes, but that is how it is less than one year since the new consoles have launch. Both the PS3 and the Xbox 360 did not reach their fully potential in the first year of existence, and there is no reason to expect it to be different for PS4/Xbox One. Last gen lasted longer than normal and consumers were ready for new hardware, for the reasons stated above, Sony has taken a big lead over Microsoft. The “console war” isn’t over yet, and Microsoft can still bridge the gap between itself and Sony. Some may say that there is no reason to own a PS4 right now, and they might be correct, but ultimately the reasons stated above are reasons why the PS4 is not all hype.