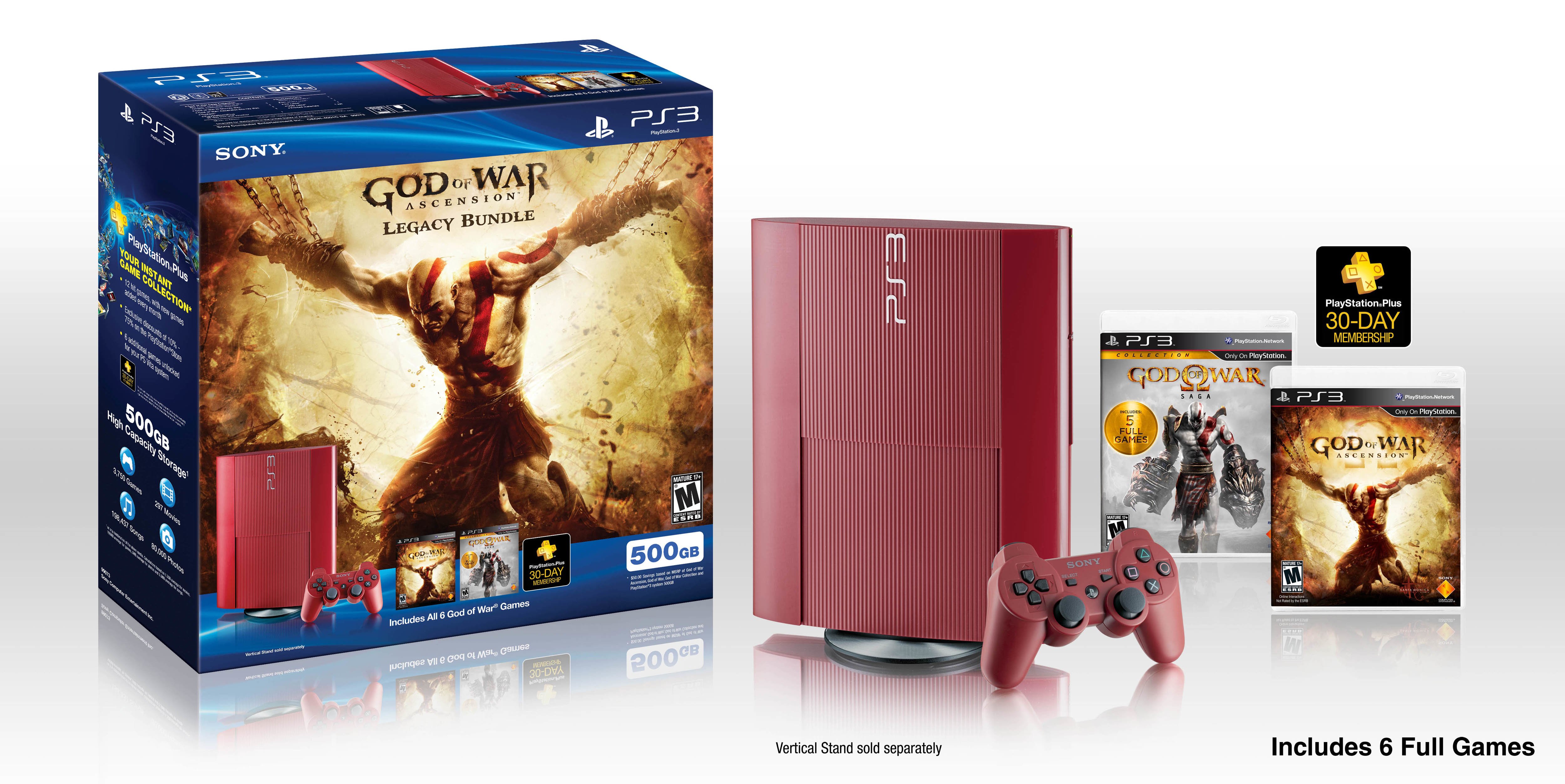 This bundle comes complete with a 500GB Garnet Red PlayStation 3 system, the entire God of War storyline including God of War: Ascension and God of War Saga (which includes all five of the previous games from the franchise) and a 30-day PlayStation Plus trial membership. You can get your hands on this collector’s bundle when it hits stores on March 12th.

The Limited Edition God of War: Ascension Legacy Bundle is a must-have for series fans. You can experience Kratos’ epic story with a stunning Garnet Red PS3 system, whose color is inspired by Kratos’ signature tattoo. The 500GB of storage is perfect for all of your games, movies, music, photos and more.

The collection also includes God of War: Ascension, the newest addition to the franchise and a prequel story that introduces fans to a Kratos they’ve never known before. Ascension boasts a host of enhancements to the single-player experience, with new gameplay mechanics and combat systems, and also offers the franchise’s very first multiplayer experience.