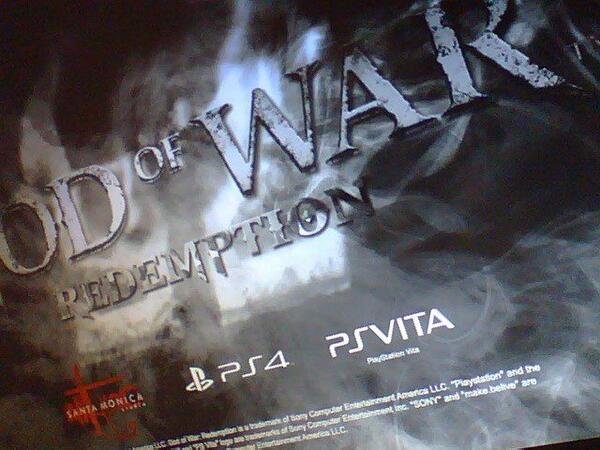 There has been an image of a supposed new God of War game coming to the PS4 and PS Vita called God of War: Redemption.

I found the image here, but unfortunately, it is fake.

Yes, the image is very convincing, but there are small errors like spelling PlayStation “Playstation.” Sorry guys.

On a good note, Santa Monica Studio and Ready At Dawn are working on a new PS4 exclusive called The Order: 1886.

Set in the Victorian era of London, The Order: 1886 takes place in an alternate history where technological advances take center stage in a battle against a powerful and ancient foe.

The game takes place nearly forty years after the Industrial Revolution, but unlike the actual one, the one in the game stems from mankind’s “desire to prevail in a centuries-old war.”

In the game, you are a knight in an ancient order, and while it takes place in an alternate history, players will interact with real-world historical characters who will aid them in their quest.

The gameplay will also be seamless, as there won’t be “any visual discrepancies or breaks in continuity between gameplay and cinematic.”

More on the game will be revealed in the future, so for now, enjoy the announcement video.