First person shooter as a genre has seen the survival of many games that have proved to be a mainstay in our consoles.

Compiled here is a list of the best first person shooters that you should most definitely play on the PS3. They have made our feature based on the overall judgement of their characteristics and aspects, be it graphics, gameplay or story.

Let’s have a look.

Developed by Gearbox Software and published by 2K games, Borderlands 2 is an action role playing first person shooter video game; a sequel to the 2009 game Borderlands. The game was released on September 18, 2012.

Borderlands 2 contains many elements that are found in role playing games. The game borrows heavily from the gameplay elements that were introduced in the previous game of the series. There is so much of RPG elements in the game that Gearbox went to the extent of calling it a “role-playing shooter”. Players get to select one of four characters, each with a specific set of skills. They gain experience by eliminating foes and completing quests.

The game was well received by critics and fans alike and rated favorably by all. Definitely one FPS title you should play.

Published by Ubisoft, Far Cry 3 is an open world first person shooter video game. It was  developed mainly by Ubisoft Montreal in conjunction with Ubisoft Massive, Ubisoft Red Storm and Ubisoft Shanghai. The game was released on November 29, 2012 for Australia, November 30 for Europe, and on December 4 for North America.

The game is set on a tropical island which is somewhere near the Malay Archipelago. The storyline revolves around the protagonist Jason Brody’s endeavors to rescue his friends who have been taken captive by the pirates of the island led by a pirate lord named Vaas. Although the game is primarily a first person shooter, it contains some role playing elements like experience points, a crafting system and skill trees. The story mode map of the game is about ten times larger than the previous installments of the series. Along with the main storyline, the game contains many side quests which include hunting animals for upgrading purposes.

The game was a critical and commercial success, selling about 4.5 million copies till February 13 and rated highly by critics. Definitely one FPS not to miss on the PS3. 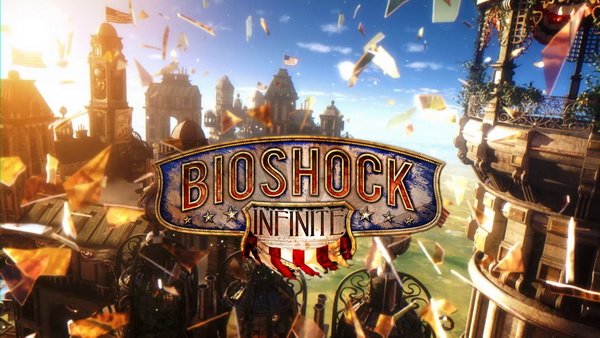 Developed by Irrational Games and published by 2K games, BioShock: Infinite is a first person shooter which was released on March 26, 2013. The game is the third installment in the BioShock series but the storyline bears no resemblance with the previous installments of the series. The gameplay concepts and themes are, however, the same.

The game is set in an alternate reality setting of 1912 during the growth of American exceptionalism. Players assume the role of agent Booker DeWitt who is sent on a mission to the floating city of Columbia to find and rescue a young woman named Elizabeth. The player uses a combination of psychokinetic powers, weapons and gears to fight hostiles. The floating city of Columbia provides more combat challenges than the setting provided by the underwater city of Rapture in the previous installment of the BioShock series.

The plot and the visual effects of the game are much praised by fans and critics alike. With great gameplay elements, definitely a game to play. 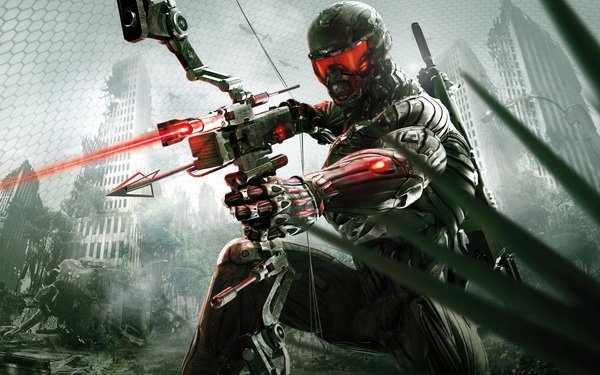 Crysis 3 is a multi platform first person shooter video game developed by Crytek and published by EA. The game was released on February 19, 2013 in North America. The game is the thied main installment in the Crysis series and a sequel to Crysis 2.

Crysis 3 is set in the city of New York in the year 2047. Players assume the role of Prophet as he returns to the city, 24 years after the events of Crysis 2. The city of New York has been encased in a giant Nanodome created by the CELL corporation. Prophet embarks on a “revenge mission” after he discovers that the giant structures were built not to protect the citizens but in the endeavor of global domination by debt enslavement. The multiplayer aspect of the game supports upto 12 players on the PS3.

With a great single player story and an engaging multiplayer, Crysis 3 is one game to play on the PS3.

Developed by CCP games for the PS3, Dust 514 is a free-to-play first person shooter video game. The game was released on May 14, 2013 and is directly connected to CCP’s game Eve Online. The political and economic status is affected by the player actions of the other.

The setting of the game is same with the fictional universe that constitutes Eve Online- 21,000 years in the future. It is essentially a first person shooter with elements of massively online multiplayer games. The gameplay and combat revolves around the various planets that are found in Eve Online as players fight over the control of large districts that contain resources and installations. The landscape of each planet in the galaxy remains constant. Dust 514 does not have a single player campaign though a survival game mode has been promised to be added sson.

Dust 514 possesses incredible depths and customization, which combined with Eve Online gives the game a sense of epicness. A must-play for all PS3 fans.

Published by 2K games and developed by Digital extremes, The Darkness II is a first person shooter psychological horror video game with some scattered role playing elements. It is a sequel to the 2007 game The Darkness and was released on February 7, 2012 in North America, February 10, 2012 in Europe and Australia and on February 23, 2012 in Japan.

The Darkness II is very much similar to its predecessor. Players assume the role of Jackie Estacado who, in two years after the events of the first game, has become the don of the Franchetti crime family. Jackie still wields the Darkness, a dark force that has provided him with supernatural abilities, as he struggles to control and suppress the entity embodied by the power. New enhancements have been done in the gameplay elements from the previous installment in the series. Example here may be taken of the “quad wielding” technique that allows Jackie to use both firearms and  Darkness’ “Creeping Dark” tendrils simultaneously.

The game received generally positive reviews. CVG gave it a score of 8.1/10. Definitely one game you should play on the PS3.

These are our choices of the best FPS titles you should play on the PS3. Check out some of our other picks of similar games that we have discussed  by clicking on the link here. Also, do let us know your views in the comments below. Your feedback, as always, is welcome.